We, the Women of America Inc.

We, the Women of America was formed to end the systemic inequality and injustices women continue to struggle under, particularly regarding women’s Safety, Health, Economics, Finances, Equality and Property Rights.

Our goal is to make life better for the over 165 million women in America (more than half the population) and women worldwide by supporting equal rights and protections for women through a strategic focus on Legislation Reform, Education Awareness, Media Campaigns, and Capital Funding.

THE 28TH AMENDMENT TO THE CONSTITUTION OF THE UNITED STATES
We now recognize that ALL citizens, NOT JUST MEN, have an inalienable right to life, liberty, justice and the pursuit of happiness, and should not be discriminated against based on sex. It is an historical fact that the Bill of Rights was written by men for men, indeed many of the legal, political and structural foundations of America were created without including women as equals to men. To ensure that men and women are, and are treated as, citizens of equal stature, specific language must be written into the Constitution. We campaign for a long overdue Bill of Rights under the 28th Amendment which will establish a new basis of security and prosperity for all women regardless of station, race, or creed. We must eliminate practices and laws that uphold inequality of rights and opportunities based on sex. The 28th Amendment will explicitly recognize this equality in our Constitution, the document that demonstrates our core values as Americans.

EQUAL RIGHTS AMENDMENT (ERA) LEGISLATIVE HISTORY
“Equality of rights under the law shall not be denied or abridged by the United States or by any State on account of sex.”

There have been numerous attempts by US Presidents including Nixon, Reagan and Obama, to pass an Equal Rights Amendment. An amendment was first introduced in Congress in 1923, three years after women won the right to vote. It was reintroduced in every Congressional session for half a century, until it was approved by the House and Senate in 1972. However, it failed to be written into law, as it was ratified by only 35 of the required 38 States before the deadline for ratification expired in 1982

THE 28TH AMENDMENT, BILL OF RIGHTS FOR WOMEN IN THE U.S. CONSTITUTION
We support an Equal Rights Amendment to the Constitution. It is purely the recognition of equal rights of women with men.

WE, THE WOMEN OF AMERICA NATIONAL EDUCATION AWARENESS CONFERENCES
We will empower all women across the United States through education awareness conferences on the pending 28th Equal Rights Amendment (ERA) and focus worldwide attention on women’s safety, health, economics, property rights and equality. This will launch the HERSTORY media campaign.

HERSTORY MEDIA CAMPAIGN WORLDWIDE
Our goal is to build masterpieces of art utilizing our diverse backgrounds, cultures, and age groups. This will include a series of PSA Announcements, Short Films, Documentaries, Television Shows and Feature Films about women’s equality, their struggles and victories.

WE, THE WOMEN OF AMERICA PHILANTHROPY
Partnerships with nonprofits who support and empower women, including Celebrity Health Champions and wellness, nutrition fitness experts, and financial experts. Next Generation Youth TV & Film Academy transferring knowledge to the next generation of women to secure wealth. PRO LEVEL 10 Youth Transforming culture through the arts preventing teenage pregnancies and mental illness. 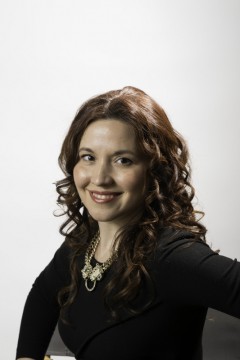