I’m a Showrunner’s Assistant—Here’s How I Broke Into the TV Industry was originally published on The Muse, a great place to research companies and careers. Click here to search for great jobs and companies near you.

Ian Olympio is a showrunner’s assistant on a new untitled STARZ drama from playwright Katori Hall. A showrunner, for those of you who aren’t as addicted to TV as me, is the driving force behind the entire journey of a TV show. They hire and fire everyone, own all the creative decisions, and handle the business side of things. It’s Olympio’s job to make the showrunner’s life as easy as possible.

“My tasks change depending on where we are in the process of the show,” he explains. “I could be diving into a pile of scripts from hopeful writers, scheduling directors meetings, watching auditions, booking a babysitter for date night, or picking up a gown for an awards show.”

And Olympio is exactly where he wants to be in his career right now. His ultimate goal is to create his own TV show one day, so this behind-the-scenes access is the opportunity of a lifetime.

But getting to this point wasn’t easy. As everyone says, breaking into the entertainment industry truly is tough. 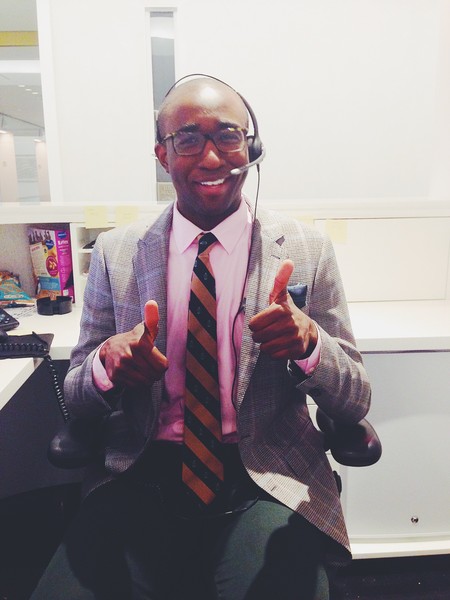 Ian Olympio at work at CAA courtesy of Ian Olympio.

When he started college, Olympio knew he wanted to move to New York after graduation to become a TV writer. But getting a job there proved to be harder than he thought. So, instead, he moved back home to Maryland, got an unpaid internship with a DC-based production company and did some social media freelance work on the side to make money.

After a few months, he saved up enough to feel comfortable signing a short-term lease in New York. And, as soon as he got settled, he got a job in retail to avoid burning through his savings.

When he wasn’t selling pants, Olympio scheduled as many informational interviews as he could with people from all over the entertainment industry. One of these meetings was with a college classmate who worked at the Creative Artists’ Agency (CAA), a global talent agency that’s headquartered in Los Angeles but has its second biggest location in New York.

“It was my goal to break into entertainment through the mailroom,” he shared. “It can be pretty tedious and exhausting, but it’s a great way to get a 360-degree view of the industry. So, I sent her my resume and she passed it along.” This connection paid off—Olympio got the job. As a mailroom employee, he delivered mail around the agency every hour, set up for and cleaned up after meetings, and ran errands around the city.

After nine months of that, Olympio worked as the assistant to the CAA’s Chief Diversity Officer. After about a year in that role, he was offered a job as a writer’s assistant on the second season of a buzzy new TV show. This was his dream job, so he accepted the offer hands down. But before he could even start, the show was canceled.

Heartbroken and jobless, Olympio almost gave up on his dreams. Instead, he spent the next few months working at a marketing agency, before deciding he needed more time to focus on writing. While working in retail and freelancing, he began writing a new original pilot.

“I’d never worked harder in my life,” he says. “Seven days a week, long days on my feet, freelance writing every free moment I had, and pulling all-nighters to work on my script.”

And while we don’t promote pulling an all-nighter (sleep is important!), Olympio’s commitment to keep moving forward wasn’t for nothing, as his script ended up landing him a six-month fellowship with the Made in New York Writers Room. According to Olympio, this fellowship changed his life.

“It was an amazing experience,” he says. “I got paired with Michael Rauch, the showrunner on CBS’ Instinct, and he was incredibly generous. Not only did he teach me how a show runs and give me thoughtful and constructive feedback, he also let me hang out in the writer’s room and visit on set. By the end, I felt validated as a writer. I finally saw that I do have a voice and I am talented.” 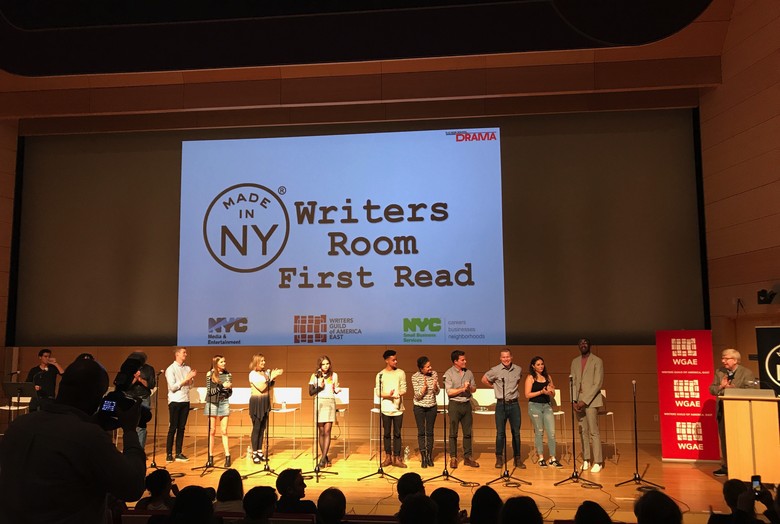 Toward the end of the fellowship, another friend reached out to ask about Olympio’s interest in being a showrunner’s assistant. Turns out, both she and his current boss were alumni of the Sundance Screenwriters’ Lab, and his boss had reached out to lab alumni to help her find an assistant. Olympio jumped on the opportunity, and he’s convinced that the script he worked on as a fellow not only helped him get the job, but also helped him earn trust and credibility with his team.

So, what’s next for Olympio?

Eventually, he wants to get staffed as a writer on a TV show. But, since he knows there are no guarantees, he refuses to put all his eggs in one basket. Instead, he’s going to continue to work on his script and other side projects, like the short film he’s directing. Considering what Olympio’s career advice is for others, this makes perfect sense.

“Hustle,” Olympio says. “Always, always, always hustle. That means networking like your life depends upon it. Every job I’ve ever gotten has come through someone I reached out to or through mutual acquaintances. It also means constantly creating your own opportunities. You can’t wait for someone to give you a chance. You have to make yourself one.”

You can find Olympio on Twitter where he discusses, TV, Beyonce, and Oscar season.